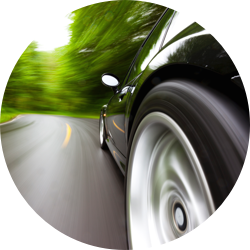 Ford is recalling approximately 550,000 Ford Fusion and Ford Escape models, due to a risk the vehicle can roll away when placed in Park. According to Ford, selected 2013-2016 model year Escape and Fusion vehicles may need to have the shifter cable bushings replaced.

Ford is not aware of any accidents or injuries related to this condition. To determine if your Ford is part of the recall, go to https://www.nhtsa.gov/recalls or click the link at the bottom of this page.

The problem involves the airbag control unit (ACU) that detects crash severity and commands deployment of the advanced airbags and seatbelt pretensioners when necessary. The recalled vehicles are equipped with an ACU that contains a certain application-specific integrated circuit (ASIC) that may be susceptible to electrical overstress during certain frontal crash events. If the ASIC becomes damaged from electrical overstress, the front airbags and front seatbelt pretensioners may not deploy in certain frontal crashes where deployment may be necessary, thereby increasing the risk of injury to vehicle occupants. The repairs will be completed at no charge and owners will be notified starting June 18th. To see if your Kia is part of the recall go to https://www.nhtsa.gov/recalls.

On May 25th Fiat Chrysler (FCA) announced a recall that will affect an estimated 4.8 million U.S.-market vehicles to upgrade software in their Powertrain Control Modules. The upgrade addresses an unlikely sequence of events that would compromise cruise-control functionality.

The vehicle may also be stopped by shifting it into neutral and braking accordingly. Regardless of the mitigation strategy, the vehicle may be placed in park once it has stopped, at which point cruise-control is cancelled.

FCA US is unaware of any related injuries or accidents involving the affected vehicles, which span six model-years and account for more than 200 billion travel miles. A remedy is available through a network of engaged dealers. Customers are urged to follow the instructions on their recall notices.

The remedy will be provided free of charge. FCA US will begin alerting affected customers as early as next week so they may schedule service appointments.

The Company advises affected customers to avoid using cruise control until their vehicles are equipped with the upgraded software. The recall, which is limited to vehicles equipped with automatic transmissions and gasoline-powered engines, involves:


Customers with concerns may contact their dealers or call the FCA US Recall Information Center at 866-220-6747 or check the NHTSA website to see if there are any recalls on your vehicle. https://www.nhtsa.gov/recalls

Ford has issued a critical warning that certain recalled model year 2006 Ford Rangers with defective Takata air bags are an immediate risk to safety.  Affected owners are urged not to drive these vehicles and to contact Ford immediately to schedule a free repair. Ford announced that it will send mobile repair teams to owners’ homes, tow vehicles to a local dealership for repair, and provide loaner vehicles – all free of charge.

The National Highway Transportation and Safety Administration (NHTSA) is asking the media and the public to help spread the word. It’s critical that this message reaches all affected owners. NHTSA’s top priority is safety; it is extremely important that all high-risk air bags are tracked down and replaced immediately.

In addition, NHTSA urges consumers to not drive the following vehicles unless they are going straight to a dealer to have them repaired immediately:

New test data on the defective Takata air bag inflators in these vehicles show a far higher risk of ruptures during air bag deployment than for other recalled Takata air bags.

If you own one of these vehicles, search the Recalls Look up using your vehicle identification number (VIN) to confirm that the vehicle has an unaddressed recall and needs a repair. If it does, immediately call your dealer to schedule a free repair. Replacement parts for these vehicles are available.

How To Find Out If You’re Affected By A Recall